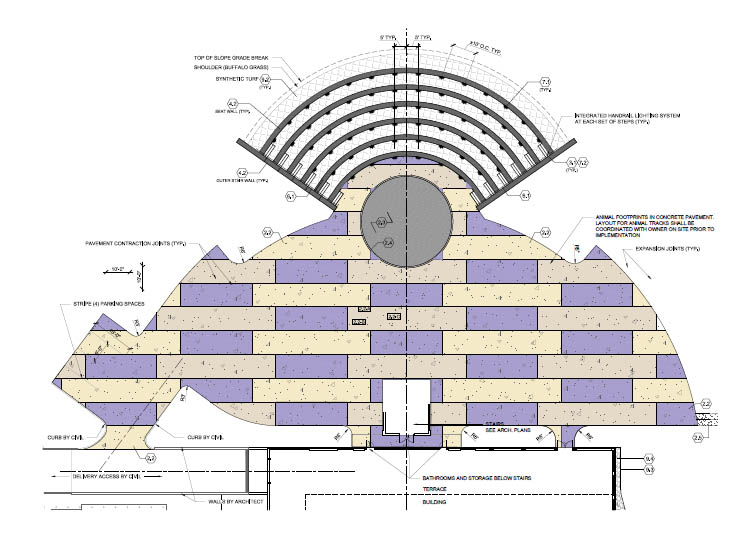 EDR’s role in the project included design of an outdoor interactive area including an open-air amphitheater. Seating for the amphitheater was created with natural elements including native grasses and large boulders. Inspiration for the large “marketplace” patio reflects Native American basket weave styles and patterns. Additionally, there are meandering paths that will be utilized for interpretive / educational stops along the journey. The design minimizes impacts to the existing wetlands in the area and utilizes native plant and grass species throughout the landscape to further the embrace the values of the Nation and honors the natural environment.